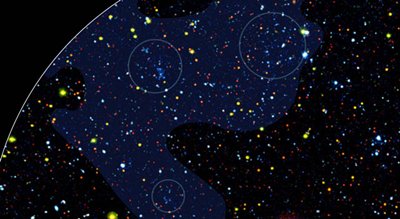 A dwarf galaxy is a small, dim galaxy that is made up of several billions of stars. Their formation has been associated to dark matter and metals that contain gas. However, recent discoveries point out that the latter is not completely true.

Dwarf galaxies are classified based on their morphological characteristics; Elliptical, irregular and spiral. Dwarf elliptical galaxies have an ellipsoidal shape, mainly consist of old stars and are generally described to be quiescent. They are designated the abbreviation ‘dE’ and are quite common. The closest elliptical galaxy is the Messier 110 which is part of the Andromeda galaxy.

A subtype of the dwarf elliptical galaxy is the dwarf spheroidal galaxy (dSph). The Dwarf irregular galaxies, on the other hand, show strong signs of star formation and contain a lot of gas. They are classified as ‘dI.’ Lastly, there is the dwarf spiral galaxy, classified as ‘dS’. They have low luminosity, hydrogen mass and small diameters. Unlike the first two kinds of dwarf galaxies, the dS are very rare.

Further studies on several dwarf galaxies have supported the idea that they might be responsible for the most of the heavy elements found in space. It is said that a dwarf galaxy was formed as a result of tidal forces during the evolution of the Milky Way and Andromeda.

Comments - One Response to “Dwarf Galaxy”