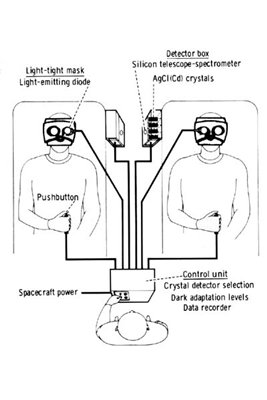 The pictures of planets, stars and other heavenly bodies that grace books, magazines and websites can be breathtaking, but in reality, seeing them through your very own eyes is less exciting. The stars and moon are easy to see, but getting a glimpse of the faint ones, even with a telescope, is extremely difficult. More often than not, these faint stars appear as blurry smudges in the dark sky. The time of the year, as well as the weather can make stargazing even more arduous. To fully appreciate the night sky, astronomers should familiarize themselves on how the eye works.

Stargazing usually occurs during night time when the skies are clearer and dim. However, the eye needs to undergo dark adaptation to be able to fully see objects. The retina, which is where images are formed and converted into electrical energy, is packed with ‘cones’ and ‘rods’ that help people see. The former is active during daytime and are color sensitive, while the latter is active during the night. Rods are not color sensitive and therefore, only see in black and white.

The reason why the star and moon appear to have color is because they are brightly lit. When it is dark, the eyes have to adjust to the dim light hence the pupils dilate. It takes about ten to twenty minutes for the eyes to fully adapt to the dark; however, one sight of bright light can reverse this, which means that dark adaptation has to begin all over again. Red light is less damaging to this process which is why astronomers and star-gazers should cover their torches and other light sources with red cellophane when observing the night sky.

Comments - No Responses to “Dark Adaptation”