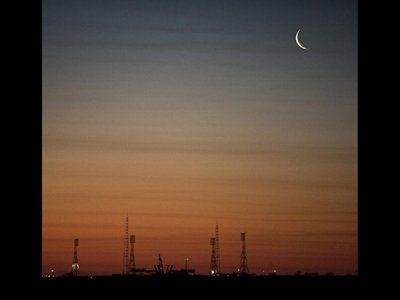 In astronomy, a crescent is a phase of an inferior planet, such as the moon wherein less than half of the visible portion is illuminated. It was originally used to denote the waxing of the moon but nowadays, it refers to either the waning or waxing shape of either the moon or a planet. The crescent phase is caused by the various angles from which we could visualize a planet or the moon. It is affected by the position of the earth, the sun and the planet or the moon.

Specifically, the moon has different phases. When the moon is positioned in between the earth and the sun, the shadowed part of the moon is what we see which is called the new moon. After the new moon, its sunlit area is increasing but is less than half. This is the waxing crescent phase. On the other hand, if the moon is on the opposite side of the earth, its sunlit part can be seen which is considered as the full moon. The first and third quarter moons are seen when the moon is at a 90-degree angle in relation to the earth and sun. After the third quarter, the portion of the moon that is sunlit is decreasing which is called as the waning crescent. This will mark the start of the new moon phase.

Remember that it is not only the moon that undergoes the crescent phase. Planets such as Mercury and Venus can undergo the complete phase changes.

Comments - No Responses to “Crescent”