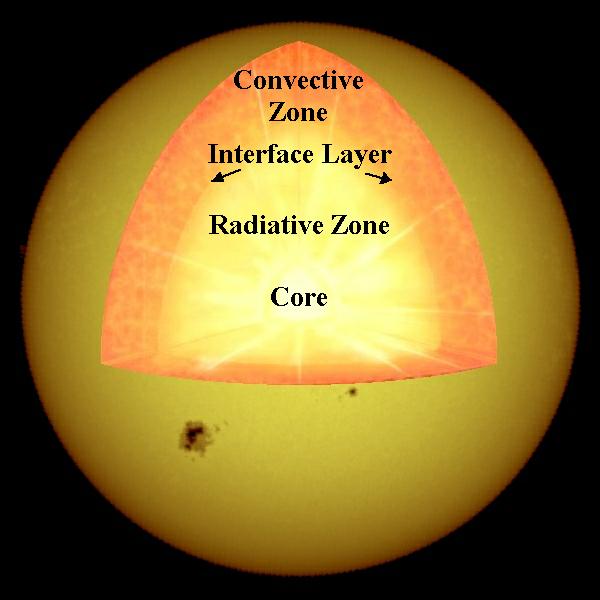 In general, convection is another mechanism by which heat can be transferred. In the same manner, the Sun uses this method to transfer the energy it produces from the core towards the outermost region. This process takes place in the region of the Sun called the convection zone. From the core, the energy is transferred into the radiation zone through radiation mechanism. As the energy escape from this region, it begins its journey outward passing through another layer that uses a different means of transfer.

The convection zone is considered to be the outermost layer of the interior portion of the sun. This layer extends to about 200,000 km up to the visible surface of the Sun known as the photosphere. When seen through a telescope, a white ball with some dark patches can be observed. These dark patches are termed as sunspots. The entire surface of this region is covered with convection cells similar to what one can be observed on the surface of boiling water. The bright and dark regions represent the hot rising and the cold sinking materials respectively.

Comments - No Responses to “Convection Zone: The Journey Continues”