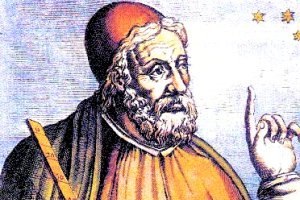 Ptolemy, a Greek astronomer and geographer, lived in around 85 to 165 A.D. He was born in Egypt, and he died there too. Egypt was the center of learning in those times, and it was there that Ptolemy got his education. His name Ptolemy is, in fact, an Egyptian name, while Claudius is a Roman name. This indicates that he belonged to a Greek family that lived in Egypt and that had been bestowed the honor of being a Roman citizen, an honor that was likely conferred by the Roman emperor himself.

Ptolemy wrote down his work in a long, thirteen-book treatise called the Almagest. This compilation was considered very important and influential to other mathematicians and scientists in those early times. It was translated into Arabic and then Latin, and made accessible to many people. For present-day students, it presented an exact account of Ptolemy’s discoveries and contributions to science.

In the Almagest, Ptolemy wrote of his mathematical studies regarding the motions of the planets, the sun and the moon. He presented the so-called geocentric theory, which stated that the earth was the center of the solar system, and that the other planets and the sun revolved around it. This has now been proven to be untrue, of course, but Ptolemy, based on that earth-centered theory, managed to come up with a sophisticated mathematical model that predicted with surprising accuracy the motions and positions of the planets. Because it made sense, as Ptolemy had demonstrated, the earth-centered model of the solar system prevailed for about fourteen centuries.

In his calculations, Ptolemy came up with the value of pi = 3.14166, using trigonometric methods. He also introduced many geometrical theorems and proofs.

Aside from the Almagest, Ptolemy authored other writings, including the eight-book Geography and a work on Optics. He tried to map the known world, using latitudes and longitudes, but there were many inaccuracies in his work. The scarcity of reliable empirical data in those times helped to justify the errors, but doubt had begun to be cast on Ptolemy’s works.

Later, many scientists hurled accusations against Ptolemy’s methods and writings. There were accusations of fraud, that Ptolemy doctored some of the empirical data and observations he used to make them fit his mathematical models. There were also accusations of plagiarism, that Ptolemy copied earlier works by Hipparchus and other mathematicians. Tycho Brahe, Laplace, Lalande, Delambre, and Isaac Newton were some of the prominent scientists who criticized Ptolemy’s work.