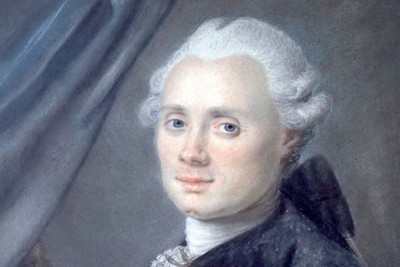 Charles Messier is one of the greatest French astronomers who wrote and published the “Astronomical Catalogue” or famously known as the “Messier Objects“.

Messier was born in Badonviller, a small town located in the French Lorraine region. He is the tenth child of Nicolas Messier and Francoise Grandaise. Messier became interested with astronomy after he discovered the appearance of the “Six-tailed Comet” four years after his father died. He became an employee of French Navy astronomer Joseph Delisle. In May 6, 1753, Messier published his first-ever documented study on the “Mercury Transit” observation. He became a member of the French Royal Society in 1764. Messier was chosen by the Swedish Academy of Royal Sciences as representative of France in 1759 and was elected as head of the French Academy of Science in June 30, 1770.

In 1781, Messier published a catalogue entitled “Connoissance Des Temps for 1784“. The journal, which was written in 1774, contains his initial observations on the appearance of deep-sky objects in French communities. The book was considered as his revised edition of the Messier Objects catalogue. Messier collaborated with his friend and work colleague, Pierre Mechain in writing the Connoissance catalogue. Prior to the release of the catalogue, he conducted a study on comet searches in 1764. Within a span of seven months, Messier observed 38 comets which includes the “Swan Nebula (Sagittarius)”, “Andromeda Galaxy” and the “Hercules Cluster (M13)”. In March 4, 1769, he was able to successfully determine the “Beehive Cluster”, “Orion Nebula” and “Pleiades” comet positions.

King Louis XV recognized Messier’s contributions in Astronomy and gave him the nickname, “Ferret of Comets”. Aside from Mechain, he also worked with French aristocrat Bouchart De Saron in studying the computation of orbits from the comets. Messier conducted his last astronomical discovery in 1798. In April 12, 1817, he died due to stroke complications.

Since 1921, Messier’s prominent contribution in Astronomy became an inspiration for many modern French astronomers to continue observing the comet occurrence. In 1966, a group of French historians and astronomers found out his unreleased documents containing seven of his deep-sky object observations.