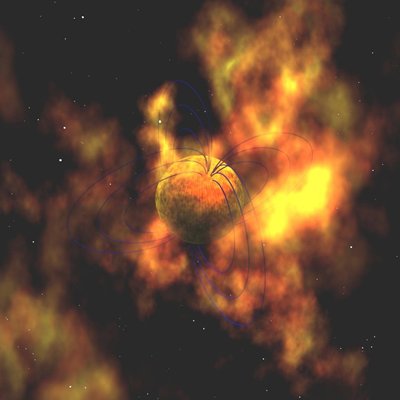 Bose – Einstein condensate is an unusual state of matter that appears because of the quantum mechanical effects on the gathering of entities called bosons. It does not exist naturally, as compared to other forms like gas, solid, liquid and plasma. The idea here is that the bosons in a confined potential, or any other particles, interact weakly and stay only at one level. Bose – Einstein condensation only happens at cold temperatures of absolute zero (0 K or -273.15 degrees Celsius). The atoms in a Bose – Einstein condensate display unique and weird characteristics.

In other words, it is like putting several small balls in a bowl. Now consider that these balls are the atoms. At hotter temperatures, the atoms would be agitated and collide with each other because of the high energy. The weird part here is that in colder temperatures, the atoms would only stay still at one level. That being said, it means all the atoms are identical and there is no measurement that can tell them apart.

The Bose – Einstein condensation came from scientist Satyendra Nath Bose’s ideas about light being composed of quanta or photons, and its behavior when acting as waves or particles. Famous genius Albert Einstein expounded Bose’s idea by working out a theory that applied Bose’s statistics in atoms in a different form of matter. He wondered how light particles merge into a single level or entity (such as in laser), and if such particles have mass. However, many years passed before this Bose – Einstein condensate theory was tested.

Comments - No Responses to “Bose-Einstein Condensate”