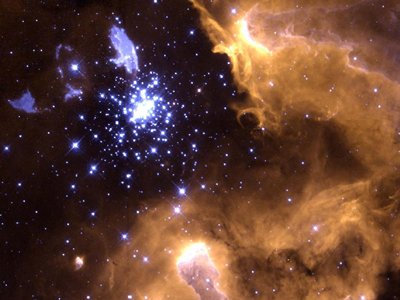 When a star is born, dark clouds of dust and gas can be seen around it as some kind of a waste matter. They are called Bok Globules, which can be seen from telescopes as black and shapeless islands around newly formed stars. These can be compared to a cocoon, where a beautiful butterfly metamorphoses from a shell.

Bok globules were first seen and observed by astronomer Bart Bok in the 1940s. He hypothesized that as these dark clouds undergo gravitational collapse (where they fall inwards as a result of the pull of gravity); stars and star clusters are born. When Bok published his observation during that time, his hypothesis was very difficult to prove because when bok globules form, all lights within it are blot out. But thanks to the modern technology, infrared observations in 1990 analyzed and confirmed that stars were being born inside these dark clouds. However, bok globules still remain a subject of intense research. Their structure, density and temperature are still a mystery to the scientists.

Comments - One Response to “Bok Globules”