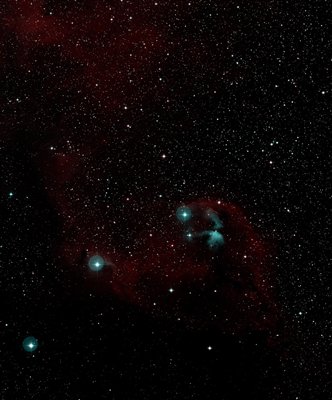 Known as the second nearest star system to the Sun, Barnard’s Star is a red dwarf, a kind of star, which can be difficult to see without a powerful telescope. The star is considered part of the Constellation Ophiuchus. It is six light years away from the Sun. Named after Edward Emerson Barnard, Barnard’s Star System was discovered around 1916.

The star is twice as old as the Sun according to scientists. However, its brightness is feeble compared to the Sun, only about one hundred times brighter than the moon. If it were to replace the Sun, it will be incapable of providing the heat the Sun gives to the planet Earth. There is a theory that it will take only 40 billion years before the star cools down to a black dwarf.

On July 17, 1998, NASA’s Diane Paulson reported that Barnard’s Star released a flare, despite its old age. The temperature of the flare was at least 8000 Kelvin, which is much greater than the Sun’s temperature.

Barnard’s Star also has a great proper motion compared to other stars, meaning it moves faster compared to neighboring stars. The stars closest to it are the Alpha Centauri, the Ross 154 and Sol, each being only five to six light years away from it.