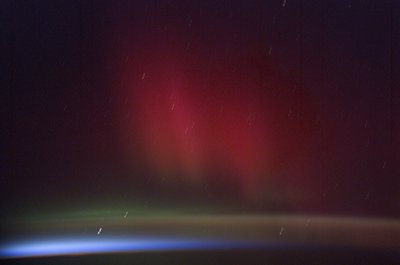 Without a fair background around the sun, you might conclude that the only connection between the sun and our earth is the sunlight. With this, there are also false impressions regarding the auroras, or commonly known as “polar lights”:

The Aurora is formed through photon emissions by our Earth’s atmosphere brought about by nitrogen atoms that are ionized and gains electrons as well as nitrogen and oxygen atoms colliding with solar wind particles, turning them from excited state to ground state along the earth’s magnetic fields. This occurrence gives the polar lights its green, brown, blue and red colors depending on the amount of energy received by the particles. The altitude also plays a major part in the color of the polar lights. Green polar lights mean that the particles are in a high altitude where there is more oxygen.

Polar lights are most visible in the night sky in the polar region due to longer periods of darkness. During the equinox cycle, the polar lights occur more frequently and this can be attributed to the earth’s axis tilt, according to observers.

Comments - No Responses to “Aurora”