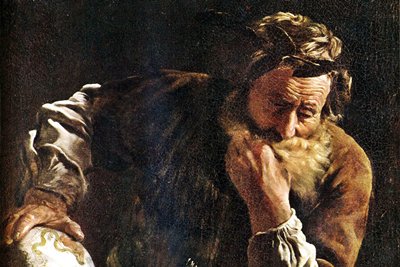 Archimedes was the greatest scientist, mathematician, and astronomer of Ancient Greece. Among the credits under his name were the identification of the value of the pi and the creation of a system that provided the foundations of the mathematical branch that is now called integral calculus.

Archimedes also pioneered the concept called the Archimedes’ Principle. This concept states that the force that buoys a submerged object in water is equal to the weight of the fluid that is displaced by the object. This principle is very helpful in developing technologies in various disciplines including shipbuilding, mining, physics, metallurgy, and chemistry.

The most explicit astronomic project of Archimedes, however, was his miniature planetarium–a highly-remarkable cosmological work of art that defined his view about the universe.

The planetarium presented a mechanical representation of the sun, the moon, the stars, and the planets as seen from the earth’s skies. It should be noted that during his time, people believed that the earth was the center of the universe. In spite of his fascination in science, Archimedes himself submitted to the belief that the earth was indeed the center of heavenly bodies. Although this was the case, Archimedes’ planetarium proved that it’s helpful. The cosmic representation was able to plot the phases of the moon and the eclipses of the sun.

Archimedes’ astronomic pursuits made him a favorite figure of ancient historians and writers. The very thought that the world was a part of a universe filled with heavenly bodies made people think about the existence of god. If the world was how Archimedes rendered it, then there must be a more powerful being that’s capable of creating all those wonders.

Archimedes’ mathematical works complemented his observations on astronomy. He dabbled in forming principles of geometry and discovered how to measure areas and volumes of spheres, cylinders, cones, cubes, and other geometric figures. This knowledge in one way or another shored up the development of astronomic devices like telescopes and lenses.

Little was known about Archimedes’ personal life, but one thing’s for sure; he dedicated his life to scholarly work and experiments that significantly changed the way people lived during his time.