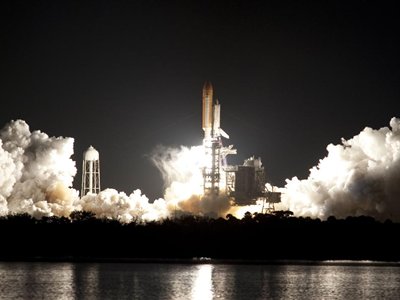 In the year 1960, John F. Kennedy won the presidential seat after he campaigned for space exploration and missile defense in order for America to gain superiority over the Soviet Union. And so with that came the funding and realization of an American spaceflight called Apollo (named after the mythological Greek of intellectual pursuits) that landed the first man on the moon. It was by far the most famous program in the history of America, if not the history of the world.

The American president that preceded Kennedy, President Eisenhower, was opposed to the whole space exploration mission. He did not see this extravagant stunt as a way for Americans to surpass the Russians. He termed this as the lunar space race. There were two main factors that initiated this race to the moon. The first factor was the capability of Communist Russia to achieve a lunar landing. President Kennedy did not want the United States to lag behind Russia especially when the competition has already achieved its first orbital flight that encircled the earth. The second factor was the belief of a missile gap between the two countries. The communist Soviets clearly have an advantage in space rocketry over the democratic Americans and this prompted a struggle between the two on which of them will reign supreme. The idea that a missile gap existed brought fear to Kennedy and what could happen to the United States if it were to lose the Cold War.

The Apollo space program had but one goal—for Americans reach the moon first. After several space crafts and failed missions, man successfully stepped on the moon. It was the first time in history that a human being landed on an extraterrestrial mass. On July 20, 1969, on board Apollo 11, Neil Armstrong became the first man to land on the moon. Eleven other astronauts came after that. The United States landing on the moon ended the lunar race with the Soviets. The American success, as Logsdon noted, “Tarnished the image of socialist competence and diminished Soviet standing in world affairs”.

At present, the United States and the People’s Republic of Russia are working together on space explorations rather than as competitors.