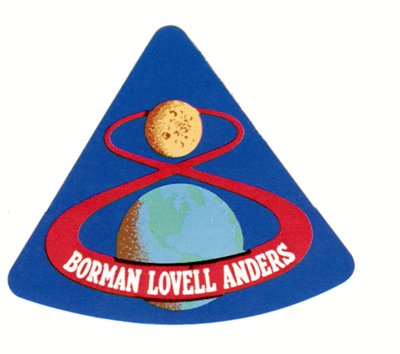 On December 21, 1968, just a few months after the launching of Apollo 7, space mission Apollo 8 followed and became the first manned spaceflight that reached the moon’s orbit and landed back to earth successfully. Its crew consisted of Frank Borman as the commander, James Lovell as the navigator, and William Anders as the flight engineer. They were the first people to witness the far side of the moon with their naked eyes while onboard the spacecraft. Since they actually left the orbit of the earth, they were also considered the first people to catch a glimpse of earth from outside its orbit. It became the second manned space flight in the Apollo Space Program after Apollo 7.

Its mission was to conduct the first ever lunar travel about the moon’s orbit. It was a tall order and it meant that certain adjustments and training should be done for the spacecraft’s extraordinary flight. Because of the delay in the fabrication of a new lunar module, the command and service module was incorporated instead into Apollo 8 but at that time it was programmed to go all the way to the moon, even possibly entering its orbit. Back then, they feared that the Soviets had come up with a way to circumnavigate the moon and probably even land on it first. For this reason, Apollo 8’s flight was scheduled early without even waiting for the lunar model to be installed. Indeed, the mission truly sped up the possibility of lunar landing before the decade ended.

The severe oscillations that caused the downfall of Apollo 6 were taken into consideration for this mission. Helium gas was directed towards the feed lines and other cavities to dampen the vibrations and absorb the shocks. The other failure in Apollo 6 was the shutting down of two (out of the five) rocket engines. The malfunction was traced to leaking hydrogen fuel line which ruptured upon contact with vacuum. As a solution, the design of igniter lines and fuel conduits were modified to prevent their exposure to vacuum from happening again.

It took three days for the crew to travel to the moon. They orbited ten times in the span of 20 hours during Christmas Eve. When the spacecraft came out from behind the moon on its fourth pass, the crew witnessed earthrise for the first time in human history. It had perhaps the highest media coverage compared to its preceding Apollo missions. The crew landed back on earthy safely on December 27 of that year and became Time Magazine’s Men of the Year for 1968.