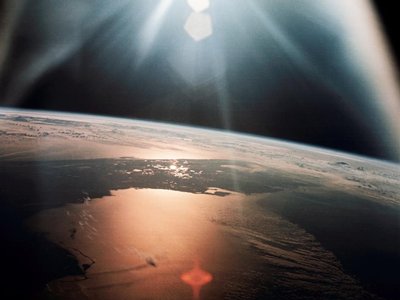 Launched on October 11, 1968, Apollo 7 became the first successful manned space mission in the history of the United States. It orbited 163 times around the earth which lasted for eleven days. It had a crew consisted of Walter Schirra as mission commander, Donn Eisele as command module pilot, and R. Walter Cunningham as lunar module pilot.

The mission’s objective was to test the redesigned Apollo command and service module. The crew was tasked to check the life support, propulsion, and control systems of the new and improved module. Everything went well from take off until the return of the astronauts. Apollo 7 was a great success and an ego booster to NASA as it raised their confidence to finally and successfully land man on the moon.

The spacecraft’s engines did not malfunction. All the technical operations went smoothly and did not have any problems. The service propulsion system, the system involving the stage burns to send the rocket to greater heights and reach the moon’s orbit, did not fail either. In fact, it made eight perfect firings during the flight. The cabin in this vessel was large. However, the eleven-day mission period caused some discomfort on the astronauts. Tension built between them and with the command center as well.

The crew experienced motion sickness and was very unhappy of their food. Worst of all, Commander Schirra became very irritable and unreasonable supposedly due to his severe head cold. This attitude affected the rest of the members of the crew. The misconduct tarnished their reputation and as a result, they were no longer allowed to take on future missions in space. Apart from this flaw, all the rest of the space mission turned out well and the objectives were achieved.

Three months after it was launched into space, Apollo 7’s command module was displayed on a NASA float in the inauguration parade for U.S. President Richard Nixon on January 1969. The command module and Schirra’s space suit were since then loaned to several museums in the United States and to the National Museum of Science and Technology in Ontario, Canada. The lease is renewable every after two years. Currently, the command module is on display at Frontiers of Flight Museum in Dallas, Texas.