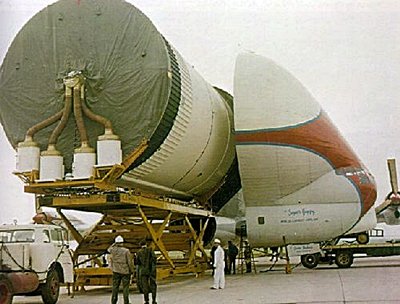 Space mission Apollo-Saturn 202 (AS-202) or informally known as the Apollo 3 was launched on August 25, 1966. It was a sub-orbital test flight that lasted for only an hour and a half. The mission was to test the rocket for its capacity to stay longer in orbit than Apollo 2 did. The plan was to launch it higher by firing the engine four times during the flight while testing the functionality of its command and service module. In addition, the flight of Apollo 3 was to test its heat shield during the rigorous launch into space by subjecting it to an astronomical energy of 260 mega joules per square meter.

The command and service module in Apollo 3 was a model that can basically contain astronauts. Since the rocket was unmanned, crew necessities were not incorporated yet in the design. This was the first space flight with guidance and navigation system as well as a fuel cell electrical system.

During the first stage burning for Apollo 3, it sent the rocket 56 kilometers from the launch pad. After the second stage burning, it reached 216 kilometers into the sky. The third and fourth burns lasted for only three seconds each, testing the capability of the rocket’s engine to quickly restart.

After the very short sub-orbit, the rocket reentered the earth’s atmosphere. It accelerated to as high as 8,900 meters per second upon reentry. When it reached 122 kilometers from the ground, it started to dip to 7.25 kilometers in altitude before the parachutes deployed. What remained of the rocket after the four stage burns is its capsule which landed 370 kilometers from the anticipated target site. The capsule of the space mission Apollo 3 is currently on display in a public museum in Alameda, California.