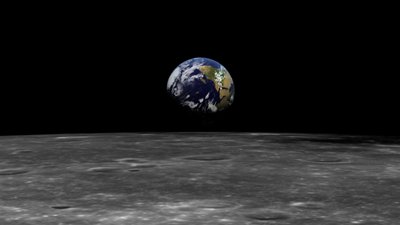 Apollo 17 was the final lunar landing mission of the Apollo Space Program. This mission was the last to bring a man to the moon. Since Apollo 16 had been able to examine geologic features of the moon, Apollo 17 carried the first trained geologist to walk on the moon’s surface. This was also the last J-type mission. This space mission was also the last visit of man to the moon.

The final launch of a space rocket to the moon happened on December 7, 1972 at approximately 12:33 AM EST. En route to the moon, the astronauts took pictures which included the famous picture of Earth as ‘The Blue Marble’. The landing site of this mission was Taurus-Littrow. This site was located at the Taurus Mountains and the Littrow crater on the southeastern rim of the Sea of Serenity. They were able to land the lunar module Challenger at Taurus-Littrow on December 11 at about 2:54 PM EST.

The commander of the Apollo 17 was Eugene A. Cernan. He had with him the first geologist who was trained to walk on the moon as his lunar module pilot of Challenger, Harrison A. Schmitt, and his command and service module pilot of America, Ronald E. Evans. These three astronauts had acquired the largest amount of rock samples, estimated at 110 kilograms, which they brought back with them to Earth. Apollo 17 also used a lunar rover, the same with the previous explorations, except that this time, this rover was powered by batteries. This mission broke earlier records of longest EVA’s, time spent on the moon and time spent outside the planet Earth. The spacewalks amounted to a total time of 22 hours which was almost a day. The time spent on the moon totaled to almost 75 hours or more than three days. The time spent outside the planet was 301 hours or almost 13 days.

Apollo 17 returned back to Earth on December 19, 1972 at 2:24 PM EST at the usual retrieval site, the Pacific Ocean. The crew members’ retrieval ship was USS Ticonderoga. This was the last manned mission as of to date.