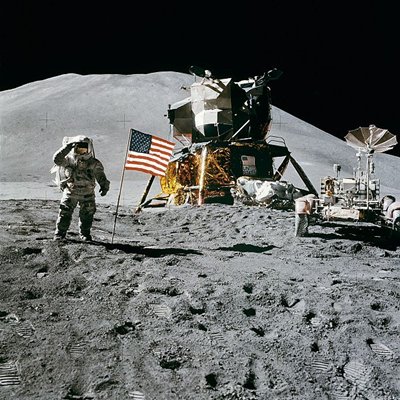 Apollo 15 was the eighth outstanding mission of the Apollo Space Program. It was the first advanced mission followed by two other more—the Apollo 16 and 17. Since this was an advanced mission, it included several experiments like: observing the lunar surface, surveying sample materials and features of the Hadley-Apennine region, conducting other experiments, and taking pictures.

On July 26, 1971, Apollo 15 was launched at the Kennedy Space Center Launch Complex about 9:34 AM EDT. Though there had been a problem with the first stages of launching, the spacecraft was able to reach the moon’s surface on April 30, four days after the launch. This mission was the first to land on the Hadley Rille or the Apennine mountains. The previous explorations landed on a lunar mare. Apennine Mountains were the highest form of land on the moon’s surface. This site was selected to enable the crew members to move from the lunar module Falcon to the foot of the Apennine Mountains.

David R. Scott was the commander of this mission. He had other two companions in space who were Alfred M. Worden, the command pilot of the command and service module Endeavour, and James B. Irwin, the lunar pilot of the lunar module Falcon. These astronauts were able to do extensive research on the moon. They were also the first to use a lunar roving vehicle (LRV) which carried tools and equipments to survey sites for the success of their mission. They had three EVA’s or moonwalks which totaled to more than 18 hours. LRV, which was also called the Rover, was able to drive almost 28 kilometers on the lunar surface. This mission was also the first to launch a sub-satellite in the moon’s orbit.

Falcon left the moon on August 2, 1971 at 1:11 PM EDT. Apollo 15’s mission lasted for a little more than 12 days in which three of these days were spent on the moon’s surface. This mission ended on August 7, 1971 when the members had a splashdown at exactly 4:45 PM EDT on the Pacific Ocean. The splashdown was safe though one of the parachutes was not able to fully open.