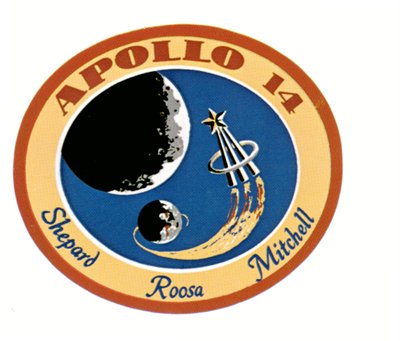 Because of the failed mission of Apollo 13, it had been a long while before they sent another mission to space—Apollo 14. Apollo 14 was the first H-type mission which was followed by Apollo 15. This mission involved a period of short stay on the moon’s surface. Its objectives included a detailed probe on the moon.

There was a gap of ten months between the misfortune of Apollo 13 and Apollo 14, before it was launched on January 31, 1971 at 4:03 PM EST at the same launching pad the previous missions were launched. Although docking of the command and service module Kitty Hawk and lunar module Antares had been difficult at first, it did not have a mishap which unfortunately happened to the former mission. Their spacecraft was able to have a touch down on the moon on February 5, 1971 at exactly 4:18 AM EST, five days from their launch, at the Fra Mauro formation which was supposed to be the landing site for Apollo 13.

Apollo 14 featured two extra-vehicular activities (EVA’s) or moonwalks. The astronaut in command, Alan B. Shepard, was the first of the two crew members who was able to walk on the moon. The lunar module pilot of Antares, Edgar D. Mitchell, soon followed while Stuart A. Roosa, the command module pilot stayed inside Kitty Hawk.

Their moonwalks lasted for more than nine hours long. During these walks, they collected rock samples and took still images. A colored television camera was also put into place to cover all these activities. Commander Alan B. Shepard was even acclaimed on this mission when he hit two golf balls he brought from Earth during the end of their last EVA. The use of the first cart to carry their equipments was done in this mission. This cart was called the Modularized Equipment Transporter or MET.

Antares departed from the moon’s surface on February 6. The crew members were able to come back to Earth on February 9, 1971. The astronauts achieved a splashdown at 4:05 PM EST. They were retrieved by the ship USS New Orleans at the Pacific Ocean.