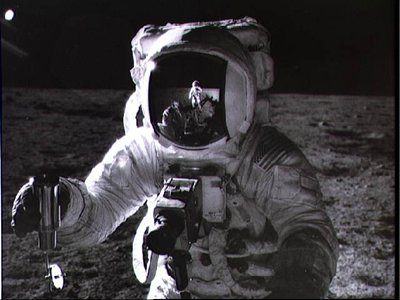 Because of the successful landing of Apollo 11, Apollo 12’s mission was expanded. This mission was modeled to achieve a precision landing. Other objectives of this mission were to collect samples and to set up experiments on the moon. The crew was also assigned to take still images of the moon’s surface.

Apollo 12 was launched on November 14, 1969 four months after Apollo 11 at 11:22 AM EST. The launch site was the same as Apollo 11 which was at the Kennedy Space Center Launch Complex. The weather had not been good that day, there was a rainstorm. The spacecraft was struck by lightning bolts, twice. It caused a temporary power shutdown to their spacecraft. Nevertheless, because of the expertise and luck of the crew members, the vehicle was still able to survive. Otherwise, one of them would have been killed instantly if command and service module Yankee Clipper crashed into the Pacific Ocean.

The crew members of this mission were Charles Conrad, Jr., acting as the commander. He already had three flights before Apollo 12. Richard F. Gordon, Jr. was the pilot of the command and service module Yankee Clipper, and Alan L. Bean was the pilot of the lunar module Intrepid. Backing up these guys were David R. Scott, Alfred M. Worden and James B. Irwin. This back-up crew would later take command on Apollo 15.

The planned landing site of this mission was the Ocean of Storms. This site was near the Surveyor III and other earlier unmanned missions to the moon. It landed there almost five days after their launch. They collected rock samples, mostly basalt and igneous rocks, as stated on their mission. They also examined tools from the Surveyor III. These tools were brought back to NASA for investigation on the effects of long stay on the moon. They also performed extravehicular activities or EVA’s which caused their television cameras to be damaged. They stayed on the moon’s surface for almost a day and a half. After their departure on the moon, Intrepid crashed on the moon’s surface which created an earthquake. Their whole mission lasted for ten days. They had a splashdown on November 24, 1969 at 3:58 PM EST.

The Incredible Journey of Apollo 12

Comments - One Response to “Apollo 12 – Struck by Lightning”