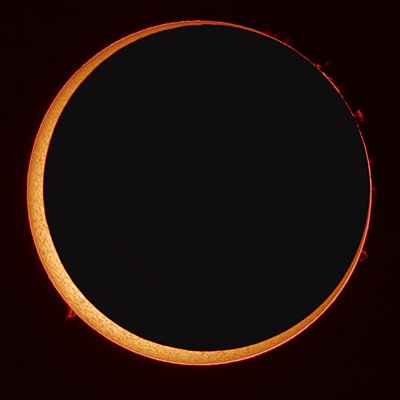 Annular Eclipse is defined as the impartial covering of the Sun by the moon as it passes between the surface of the Earth and the Sun. The moon is smaller in its actual size and yet it creates a glowing ring.

Transit is the term where an object moves across another face of the object. This is the case of the Moon transiting across the Sun; and this is called the annular eclipse. The planet Venus transits the famous black drop as it transits across the Sun.

Occultation is occurs when an object moves into the shadow of another object. Lunar eclipses are also called occultation of the Moon by the earth.

Syzygy is the term when three or more bodies line up in a single system. The line up of the Sun, the Moon and the earth is an example of Syzygy; another term for annular eclipse.

Comments - No Responses to “Annular Eclipse”