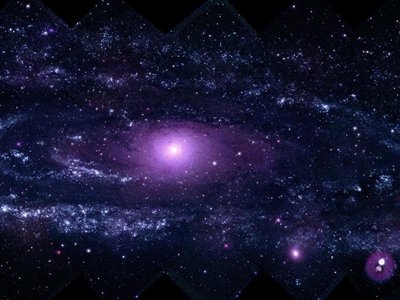 Andromeda Galaxy is included in a cluster of galaxy also known as the Local Group. The Local Group consists of Milky Way system, The Triangulum Nebula, The Large and Small Magellanic Clouds, NGC 6822 and other small spiral galaxies. Andromeda Galaxy has a large collection of stars formed in spiral arms. Constellation Andromeda appears to enfold the stars and this is how the galaxy was named after it.

Andromeda Galaxy appears to be blurry that is visible to the naked eye. It will appear six times larger than a full moon if viewed from a larger telescope.

Comments - One Response to “Andromeda Galaxy”