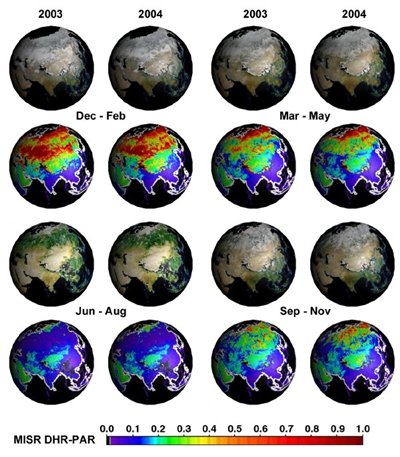 Albedo is a measure of how much of the light coming from other sources an object reflects. It is a more refined definition of reflectivity. Mathematically, it is taken as the ratio of the reflected light over the incident light. Thus, albedo has a minimum value of 0 for perfectly non-reflective surfaces and a value of 1 for objects that are perfect reflectors. More accurate measurements can be obtained regarding an object’s reflectivity, but albedo is a useful first estimate.

In the perspective of astronomy, albedo is a measure of an object’s brightness. Coupled with other data, the size of that object can be calculated. Aside from size, the albedo of an asteroid, star, or planet can be used to infer much about the characteristics of that heavenly body. The study of albedo and its properties as functions of position and wavelength forms a major part of photometry, the sub branch of astronomy that deals with characterizing heavenly bodies by the use of their optical properties. For very distant objects far beyond the resolution of telescopes, the study of their albedo can provide much of the data we can know. The study of albedo is also very important in climatology, computer vision and graphics.

Comments - No Responses to “Albedo”