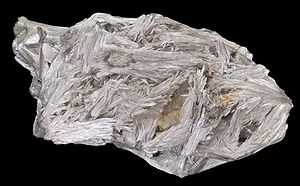 Tremolite is a member of a group of silicate minerals containing molecules of Calcium, Magnesium, Silicon and Oxygen. It is formed by the metamorphism of sediments with high amounts of dolomite and quartz. Its color ranges from creamy white to dark green, depending on magnesium or iron content. In fact, the gemstone Jade is composed of a mineral which is a green variety of tremolite.

The reason why tremolite has gained the attention of Astronomers is that it can be used to detect the presence of water (or the presence of water in the past) in the planet Venus. Venus and Earth are similar in structure. They both have metallic cores and solid rocky surfaces. However, Venus is very hot (660 to 740K, compared to Earth’s 288K average surface temperature) and dry, even hotter than Mercury which is nearer to the sun. This is because of Venus’ atmosphere which is high in Carbon dioxide, causing a Greenhouse Effect. 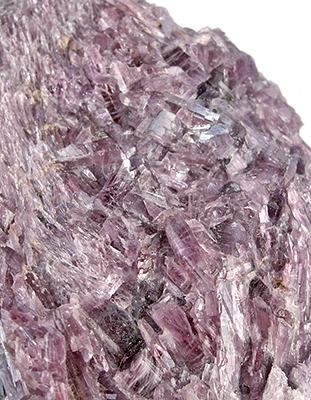 Venus may be hot and dry but it has a high D/H or deuterium to hydrogen ratio. Scientists state that this is an indication of a lost primordial ocean or the presence of water being supplied to the surface either by volcanic outgassing or by comets which are known to carry water-particles. However, Venus is also known for the high rate of hydrogen loss. Venus may therefore indeed have had more water in the past.

It isn’t certain how long ago the runaway-water process had happened; so scientists are now left with using information they can get from what is on the planet’s surface now. If Venus truly had significant volumes of water in the past, hydrous minerals like tremolite may have formed. If those can be detected and studied, more information about Venus and what has happened to the planet in its history has made it inhabitable, while Earth, its neighbor has a similar structure but has life in it.

Comments - No Responses to “Tremolite”