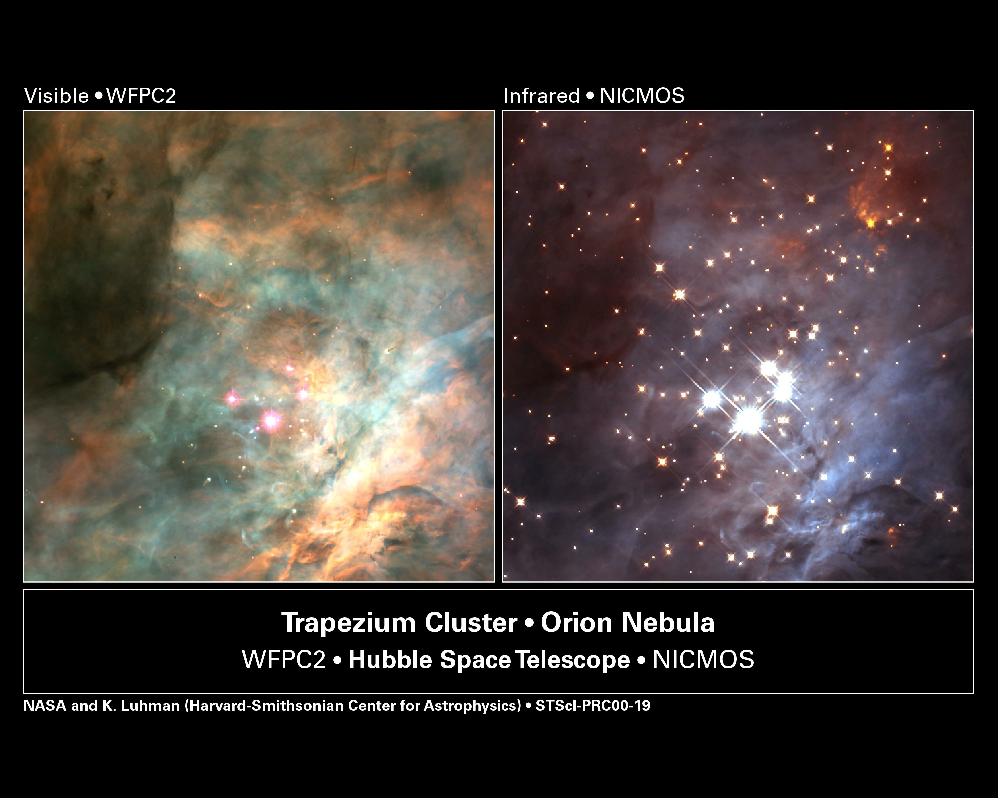 Trapezium Cluster, also known as the Orion Trapezium cluster is a tight group of stars in the constellation of Orion and the center of the Orion Nebula. Galileo is credited with its discovery when he sketched the stars in 1617 although he did not notice the nebulosity. The fourth component that formed the trapezoid was identified on 1673 and several other components were discovered on the following years and by 1888, there were a total of 8 identified components in the cluster. Several of the stars were determined to be binaries.

The Trapezium cluster is one of the most famous multiple star systems in the night sky. Six of the stars can be observed by the amateur astronomer, granted good seeing conditions and four of its stars (the stars that form the Trapezoidal shape in points A, B, C, and D) are easily visible with a four-inch telescope. With the naked eye, they can be seen as the star in the middle of the ‘sword’ of the Orion. The 3 other stars can only be seen with very large viewing instruments.

Trapezium is remarkable in that it consists of around a thousand young and very hot stars (only around a million years old) and that they are all clustered into a space of 4 light years in diameter, which, for stars, are not at all expansive, considering how that is the approximate distance between the Solar System’s Sun and the Proxima Centauri which is the nearest neighboring star (and on average, Trapezium cluster stars are 1.5 light years apart from each other, making them significantly closer than the Sun-Proxima Centauri distance). Speculation has it to be a sub-component of the Orion Nebula cluster.

Comments - No Responses to “Trapezium Cluster”