In physics and chemistry, superfluid refers to a special phase of matter which has been cooled to temperatures that are near absolute zero, its molecules exhibit unusual quantum properties. We know of superfluids being prepared in large laboratories to perform experiments. However through more recent space explorations and observations, it has been determined that superfluids do exist in outer space. 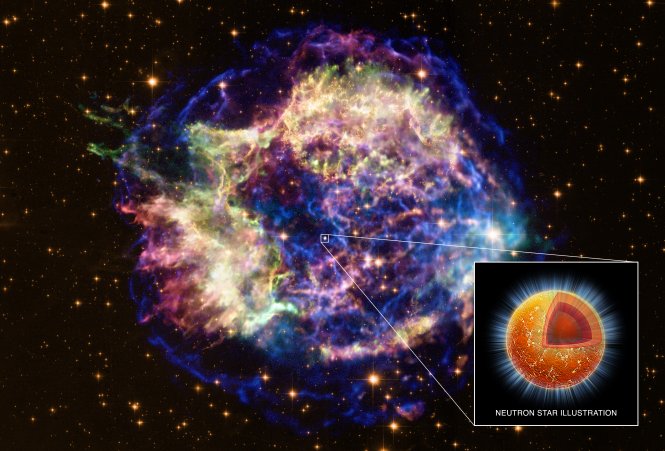 The interiors of neutron stars are regarded as one of the best kept secrets of the universe, yet. A study has confirmed that the core of the neutron star Cassiopeia A was indeed filled with superfluid, a friction-free state of matter. Cassiopeia A was discovered in 1999 when the Chandra X-ray Observatory scanned the sky for heavenly bodies that emit x-rays. In a more recent study, conducted by astronomers of the University of Southampton and University of Alberta, it was determined that the temperature within the neutron star Cassiopeia A fell a dramatic 4% in just 10 years.

The dramatic temperature cool down was linked by the astronomers to the existence of superfluid. In earth’s environment, a superfluid has the capacity and ability to flow absent of friction. In fact in extremely cold laboratory settings, superfluids can climb walls and escape airtight containers. This property allows them to be charged. This makes them superconductors and carries electricity with no resistance.

Astronomers further hypothesized that in another 10 years, Cassiopeia A will continue to cool down. If this is to happen, then the existence of superfluid is attributed to the phenomena.