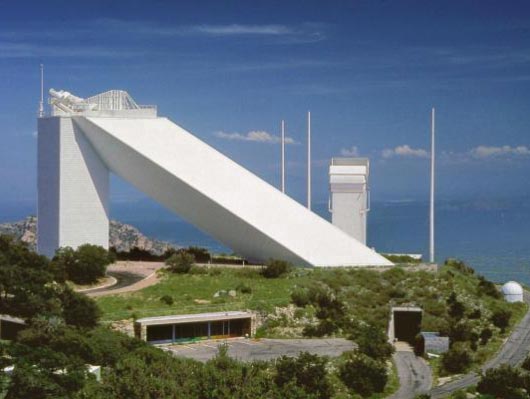 In science, especially astronomy, all types of equipment abound. One of which is the siderostat. Unknown to many, various apparatus may have a different names, but the less known words are the generalized of the more formal term for these scientific or astronomical equipment.

A siderostat is defined as the formal or the general term for heliostat. Its main purpose is to throw back the sun’s or a specific star’s rays in a fixed position. It should be operated with precision, so it means that it works only if you properly provide the right data. Lastly, it is mainly composed of a mirror.

Usually, this apparatus is used for special observations of the stars or the sun itself. In order to get a good view of the current happenings around these stars, the aim is to be able to reflect back the light it radiates. It is also used as an alternative to using an array of mirrors or telescopes, which proved to be a bit of a hassle. It is also used to reflect a portion of light in the sky for a better view of what is supposed to be observed.

This equipment is used to check for sunspots, since this tool is a heliostat. It is much similar to a telescope, though one end is enclosed compared to a telescope. That way, it is easier to study the sun in regards to other stars and its positions, and as well as any phenomenon occurring around the sun.

Comments - No Responses to “Siderostat”