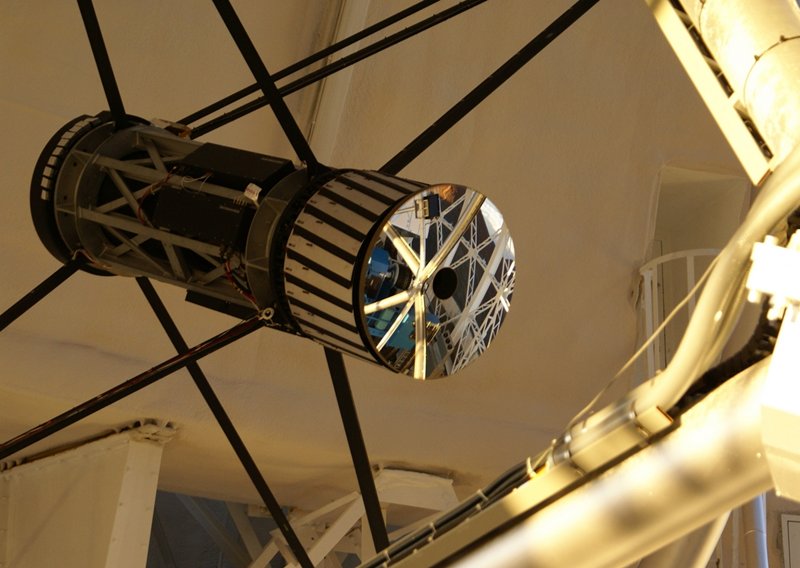 Secondary mirrors are those second focusing or deflecting mirror element in refracting telescopes. The light that is gathered by the primary mirror will be directed to a focal point that is located just past the secondary. It is a small mirror in every refracting telescope where it functions to redirect that light towards various light-sensitive instruments.

The secondary mirror comes in the form of that diagonal mirror, which is optically flat in nature. It redirects light paths just like that of Newtonian Reflectors. Another function is to extend those light paths just to modify final images in specific designs like the Cassegrain reflectors.

Just like the Hubble Space telescope, a Cassegrain telescope has its secondary mirror slightly convex, which directs the light into a hole within the primary mirror.

Secondary mirrors usually deflect light slightly by 90 degrees. But other angles work just fine. It is however, only necessary for primary mirrors that are not spherical in nature. It takes the oval shape because the cone of light from the primary is usually intercepted when at 45 degrees. The resulting shape of the figure is elliptical. This justifies the classification of the secondary mirror by its smallest diameter, which is the short axis of the ellipse.

The general size of the secondary mirror is dictated by factors such as the focal length and the diameter of its primary mirror. Since it basically stops the light from getting into the main mirror, it can potentially cause obstruction, which clearly affects the maximum obtainable contrast.

Comments - No Responses to “Secondary Mirror”