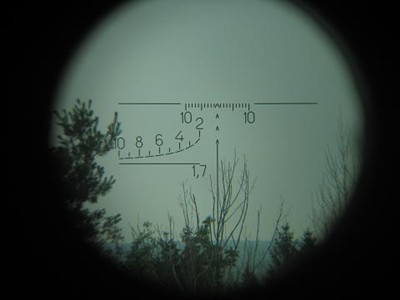 Fine lines or webs used in the focal plane eyepiece are called Reticle. It is used for centering objects or as a guide for making angular measurements. It is commonly used for telescopes, cameras and even rifles. It is also known as graticule. The lines on the reticle are also typically illuminated.

These illuminated reticles are actually needed to accurately align telescopes. It also has a grid of patterns placed in the eyepiece of an optical instrument and is also used to establish a scale or position. A reticle control would allow manual rotation of the reticle for use when it comes to lunar surface alignments. Crossing by the line on the star image defines a plane containing the star. Crossing of the other line defines another plane containing the same star or a different one.

The intersection of these planes forms a line that defines a direction of the star. To define the internal orientation of the particular star being viewed, sightings on at least two stars are required. Each star sighting requires the same procedure. Multiple reticle crossings and their corresponding marks can be made on either or both stars to improve the accuracy of the sightings. Upon completion of the second star sighting, the guide computer would then calculate its orientation with respect to a predefined reference coordinate system.

Centering stars without a reticle would be very difficult. It would be best to select the best reticle for your telescope to make sure that finding the stars and centering it would be easier.

Comments - No Responses to “Reticle”