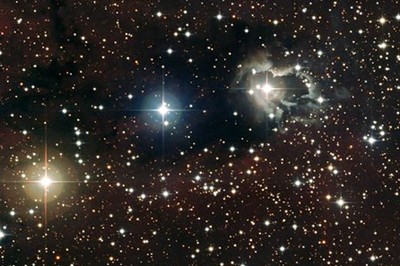 Because it only reflects or scatters the stars from a nearby star, the absorption spectrum of the nebula is similar to the spectrum of the illuminating stars. The same spectrum is emitted by the presence of different compounds and elements such as carbon, nickel, and iron while the light reflected by the presence of the dust particles. A reflection nebula often has a bright blue color because blue light is easier to reflect than the other types such as red.

Comments - No Responses to “Reflection Nebula”