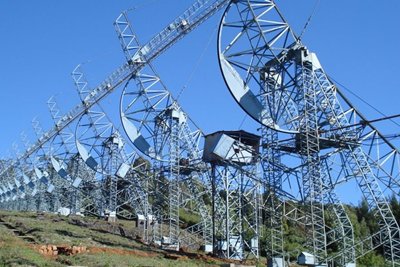 The term radio telescope can be quite misleading since when you think of a telescope, you think of a device used for viewing objects; while you attribute the word radio with hearing. However, all the discoveries in radio astronomy that people know of today could not have been possible without the trusty radio telescope.

This pertains to a device for detecting and analyzing radio waves emitted from astronomical objects. You commonly see the radio telescope as a large dish. The first of the long line of radio telescopes was built by the engineer Karl Guthe Jansky who was able to capture static radio signals from the galaxy’s core. Today, the largest radio telescope the Arecibo Observatory, which is 305 meters in diameter, is found in Puerto Rico. Radio telescopes are large in order to capture sharp radio images from radio wavelengths extending from one millimeter to as long as one kilometer.

A radio telescope is basically composed of an antenna (the large dish you usually see), a detector, and amplifier. Incoming radio waves are captured and focused by the antenna toward a supersensitive receiver capable of detecting signals as weak as 10-17. Some of the parts of the telescope are kept at an absolute zero temperature for sustained maximum performance. Because of the range of frequencies of radio waves, radio telescopes specifically the antenna can differ in terms of configuration, size, and design. Unlike optical telescopes, which are almost always in mountains, radio telescopes are built in valleys to be screened from electromagnetic interference.

Comments - No Responses to “Radio Telescope”