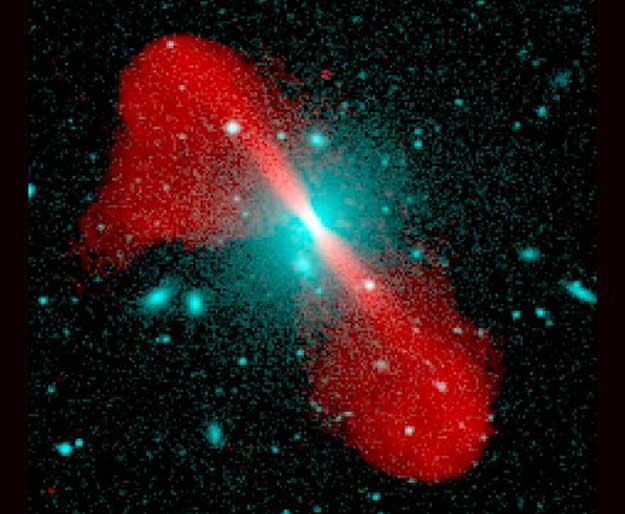 In the simplest sense, a radio galaxy, as the name connotes, is a galaxy that serves as a strong source of electromagnetic radiation or radio waves. The discovery of radio galaxies provides proof of the ability of the universe to expand contrary to the steady state it was once perceived to be. One of the strong contributors of the expanding universe theory, Martin Ryle, gave proof that galaxies in collision emit radio waves.

All galaxies are capable of emitting electromagnetic radiation. In fact, even the Earth’s galaxy, the Milky Way, produces radio waves. A radio galaxy, however, compared to ordinary galaxies gives off as much as a thousand to a million times more energy per unit time. Basically, elliptical galaxies produce more radio waves than spiral ones and, as such, are perceived as the brightest in galaxy clusters.

Radio waves are produced when electrons move at light’s speed through the magnetic field, a process called synchrotron radiation. Because of the field being influenced by magnetism, it bends the electrons’ path leading to their release of energy.

With the gadgets scientists now have, they can detect radio wave emissions from the most distant parts of the universe. Interestingly, such emissions were produced in the past when the galaxies were still one-third of their current age. This means that such galaxies are so distant that the waves have only now reached the Earth. The ability to measure electromagnetic radiation makes possible the detection of how far such galaxies are from the Earth as well as their speed.