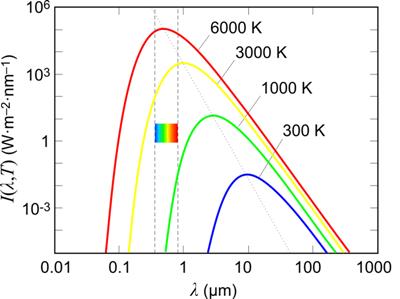 When you hear of the planck scale, you’ll have to think small and hot but no, I wasn’t referring to red and green jalapeño peppers. I am, in fact, talking about this theory in physics that is the subject of much debate among physicists both young and old.

The planck scale is the smallest unit of measurement recognized by physical theory. Physicists use this scale to measure the smallest sizes or the shortest lengths of time that can exist. Named after Max Planck, who is the founder of quantum theory, this scale has given many physicists a way to envision space and time in smaller proportions—or, more specifically, in grainy proportions. This idea is the complete opposite of the relativity theory which believes space to be a continuous stretch of un-grainy matter.

Physicists currently cannot prove what really happens at the planck scale. And this is because in psychics, the smaller something is, the bigger the amount of energy is required to study it. This is because as the energy of a photon (quantum of electromagnetic energy) increases, so does its size measured in wavelengths decreases. This means, the smaller the granule, the hotter is its energy.

The energy required to study space granularity is known as the planck energy, which is believed to be about a quintillion (1 followed by 30 zeros) times larger than the energies currently conceivable by any particle accelerators in the world. Although experimental evidence to back-up the planck scale dynamics is hard to come by, measuring instruments like the WMAP probe has led physicists to believe that there could actually be a time when our universe achieved planck scale energies.

Comments - No Responses to “Planck Scale”