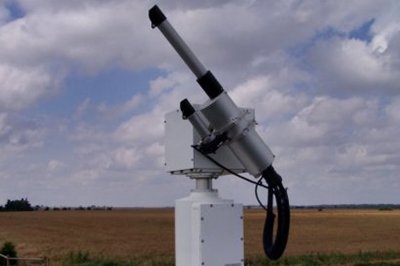 The night sky is illuminated by billions and billions of stars found in the Milky Way galaxy. Other celestial objects become very brilliant because of the presence of the Sun, which allows celestial bodies like the Moon look very bright in the dark skies. Light is our only guide to seeing the stunning brilliance of the darkness that is way beyond our reach and this light is the only clue that astronomers and astrophysicists use to determine the light intensity emitted by a particular celestial object. This field of study in astronomy utilizes the use of a light measuring device called photometer.

A photometer is the primary tool used in the field of photometry – a field that focuses on the study of the emitted intensity of the electromagnetic radiation of an astronomical body. Photometers typically measure the flux coming from these celestial objects. Photometers can measure luminance, irradiance, light absorption, scattering of light, reflection of light, fluorescence, phosphorescence and luminescence. The detection of light by this device usually occurs after the light passes through a filter or a monochromatic that distinguishes the wavelengths of the emitted electromagnetic radiation. Photon counting is also employed in other photometers that do not make use of the value of flux.

A photometer is often used in conjunction with telescopes. Some amateur astronomers create custom-built photometers to perfectly fit their telescopes and conduct photometry while observing the brilliant night sky. Even the world’s most popular telescope, the Hubble Space Telescope, housed a High Speed Photometer before the failure of the primary mirror.

Comments - No Responses to “Photometer”