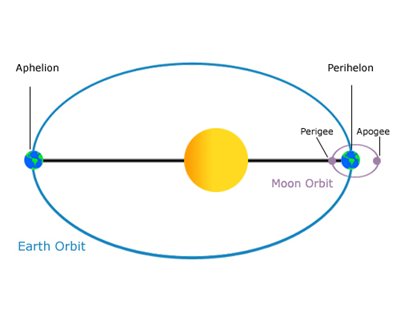 Orbits have become relatively common in every aspect of the universe. It is essential in understanding the dynamics of celestial bodies. So what exactly is an orbit?

An orbit is an ovoid path of an object around an attracting center of mass or a second object. An example would be the Earth’s path in relation to the center—the sun. Planets, dwarf planets, asteroids, and comets also have it. Johannes Kepler and Isaac Newton, a German astronomer and an English physicist, respectively, discovered the basic physical principles concerning orbits. Gravity has a great affectation as to how an object is maintained on its course in respect to its center. However, Albert Einstein postulated a different theory on how gravity affects orbits.

Orbits can be understood in several ways. First, as an object moves laterally, it falls toward the central body. Second, gravity pulls an object into curved path as it tries to follow a straight line.

It is vital to space flight for several reasons. One is that aeronautics learned the principles that helped space craft lunge to the earth’s atmosphere by way of orbit observation. Another is that a number of instruments and craft utilized in spaceflight make use of orbits as a guide.

Comments - No Responses to “Orbit”