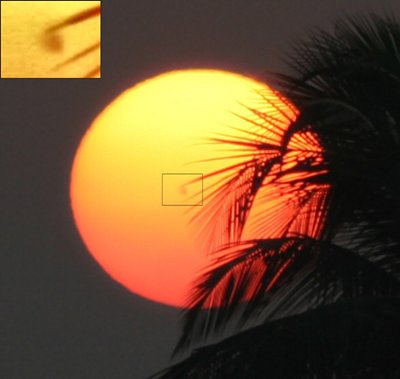 When someone mentions astronomy, what often comes to mind are planets and stars seen through a telescope. Astronomy is indeed the study of heavenly bodies, but it need not be with the use of telescopes and sophisticated instruments. Astronomy can also be studied using just the naked eye, and this was how the early pioneers of this science investigated the heavens and learned much about the stars, planets and galaxies. They used the naked eye, and their brilliant minds, to make sense of the movements, orbits and characteristics of the celestial bodies. Many of these bodies were in fact discovered using the naked eye alone, without telescopes.

Here are some astronomical bodies and events that can be studied using the naked eye:
• The planets – Mercury, Venus, Mars, Jupiter and Saturn are visible to the naked eye, as long as the person knows where to look in the sky. The outer planets normally cannot be seen without a telescope.
• Meteor showers – Shooting stars and meteor showers have long fascinated stargazers, and watching them on the night sky is an activity enjoyed by many.
• Sun rise and sun set – Staring directly at the sun, with or without a telescope, is not advisable because it can damage the eyes. The times of the sun’s rising and setting are important daily events that influence human activity.
• Moon rise, moon set, and the lunar phases – These are also closely monitored events that influence human activity. Many people still use the lunar calendar based on the phases of the moon.
• Stars and constellations – The brightest and biggest stars, and the constellations they are a part of, can be easily seen on a clear night sky. A star map is useful in identifying them.
• Galaxies – Our own galaxy, the Milky Way, can be seen using the naked eye. Distant galaxies are likewise visible as dim cloud clusters beyond the stars.