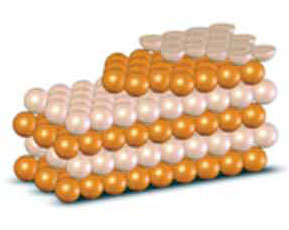 The name micron itself is a giveaway to how diminutive it is in size. Microns represent a millionth of a meter, or about 0.00003937 inches. It is part of the metric system, commonly represented by mu/µ, the Greek Letter for M. This unit of length has been used by scientists from 1879 up to 1967, where the term became obsolete and was officially renamed as the micrometer. The term is still used in practice by astronomers, as the word micron aids them to differentiate the unit of measurement from another use of the term micrometer, a device used to measure particles. The micron can be used to measure minute particles represented in wavelengths and infrared radiation.

A clearer example of how minute microns are can be represented by the diameter of a hair strand, which is approximately 80 µm – 120 µm. Dust is around 1 µm in diameter. Although its technical use might be obsolete, microns are commonly used to represent particles observed in space stations. For example, TMASS, or the Two-Micron All Sky Survey makes use of infrared and wavelengths as represented by microns for their observations. Most of the images of galaxies, stars, nebulae and other heavenly bodies released by space observatories are measured using microns. A radiographic image with a cluster of stars described as 3.6 microns apart may actually be billions of meters away from each other.

Comments - No Responses to “Micron”