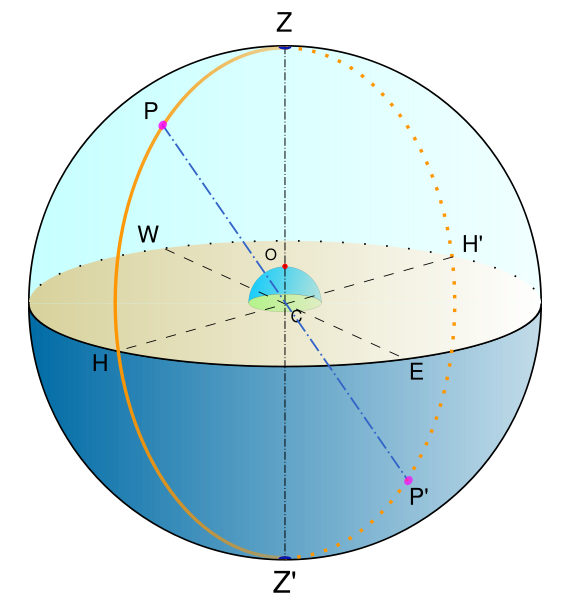 The Outer Orange Circle is the Meridian

Meridian, latitude, longitude, equator – these are words normally used in geography. Not many people know that they are also used as terms in the field of astronomy. Meridian astronomy, in particular, is used to make correct measurements in the sky so that celestial bodies (stars, planets, etc.) can be charted – an astronomical time-keeping system of sorts.

To track a star or to point toward a part of the sky requires a special instrument – an astronomer’s telescope called the transit circle. These telescopes are not portable as these are the big ones you see on round dome observatories. Using this device, the astronomer must take care to measure two things: he must measure the time a star crosses his meridian (an invisible, imaginary great circle on a celestial sphere), and he must also measure the angle of his telescope’s tilt for him to see said star.

He must then find out where and when his meridian crosses with the first point of Aries. (The celestial equator – which is 90 degrees from the celestial poles – can help with this. A star very near the pole may put out a trace of a small circle. The altitude is then observed from the time it was seen to 12 hours later.) And thus, with his numbers, he can then find out the star’s ascension and declination.

Comments - No Responses to “Meridian”