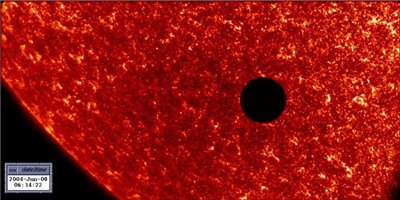 The mass, size and density of Venus is similar to that of Earth’s. Mercury is the only other planet that has a density similar to Earth’s. Venus is the only planet which is similar in more ways then one. Because of this, Venus has been referred to as Earth’s twin.

The diameter of Venus is 7,521 miles or 12,104 kilometers. This is close to the 7,926 miles or 12,756 km diameter of the Earth. Venus’ mass is roughly 80 percent that of Earth’s. 95% of Earth’s density is the density of Venus. The force of gravity of both planets is similar. Someone who weighs a hundred pounds on Earth would probably weigh 88 pounds on Venus. Because of these and other atmospheric similarities Venus as well as Mars are two of the planets where colonization by humans may occur in the future.

Venus’ mass is four fifths of that of Earth. Its mass is 4.868 × 1024 kg or 0.815 Earths and its total volume is 9.38 × 1011 km³ or 0.857 Earths. Contrary to popular belief, the size of a planet does not play any role in determining the density of the planet. Planets such as Uranus and Neptune may be large but its density is relatively small compared to its large size. This is because these planets are primarily gas planets and therefore have more gas than solid surface on the planet. Venus, like Earth and Mercury have masses that are compact and are therefore smaller than that of other planets.