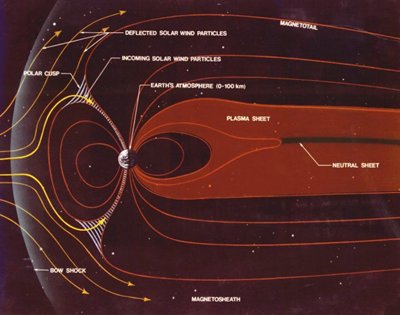 Before the magnetosphere was discovered by Explorer 1 in 1958, many scientists have already observed magnetic storm disturbances due to solar eruptions. Because of this, they have assumed that there should be some kind of electric currents that exist in space. However, the location of the said electric currents was not fully determined nor the existence of the solar wind until tests about a theory of radiation belt around the Earth was launched in 1958. The following year, Thomas Gold already proposed the term magnetosphere to identify the region above the earth’s ionosphere.

Comments - No Responses to “Magnetosphere”