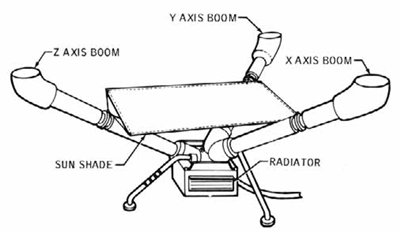 Magnetometers are important instruments used by those love to explore planets. On Earth, it is used to conduct electromagnetic geophysical surveys like magnetotellurics and magnetic surveys which are done to identify the mineralization and geological structures. Magnetometers are also used in airborne geophysical surveys to detect variations on magnetic field due to mineralization. It is also useful in detecting archaeological sites and other objects buried on the ground or submerged in water. It can be used to detect magnetic anomalies, too. It is important in the military in order to spot submarines.

Comments - No Responses to “Magnetometer”