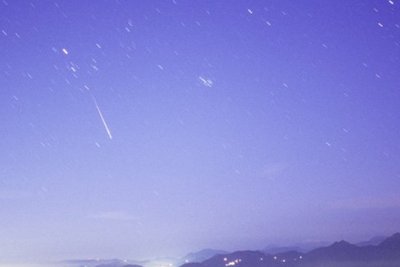 Seeing comets is an awesome experience. Being able to see a very rare comet in one’s lifetime is truly one unforgettable moment. Comets despite its very bright and seemingly burning appearance are actually bodies of ice in the Solar System. When these comets get near the Sun, a coma may be visible to stargazers or sky wanderers and to complete the great experience, a tail may also appear. Though there are comets that are expected to be seen again after a few years or several decades, there are long period comets that are very exceptional with periods that last about two centuries up to millions of years. These long period comets are believed to come from the Oort Cloud, whereas the short period comets are from the Kuiper Belt

A comet’s nucleus is comprised of ice, dust and rock. Long period comets are comets that have orbits of high eccentricity, usually resembling the shape of a parabola. Unlike the Earth and other celestial bodies that take circular or elliptical orbits, these comets that have periods over two hundred years seem to make parabolic paths. This particular kind of comet is also bound to the Sun by means of gravity. The succeeding orbit of a long period comet can be computed using the comet’s osculating orbit at every epoch after the comet has left the planetary region and the calculations are made with respect to the center of mass of the Solar System. One of the known long period comets is the Comet McNaught.

Some Beliefs About Comets