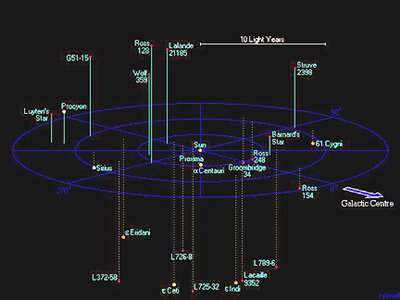 Stars and celestial objects are far from the Earth. Unlike travelling by land which can be easily approximated by measuring distances in kilometers or miles, celestial objects cover a great distance away from the Earth. Another unit of measurement is used to quantify this huge distance which cannot be simply represented by the use of the metric or English system, this is called light-year or light years.

One light-year is equivalent to approximately less than ten trillion kilometers. In technical definition, the International Astronomical Union (IAU) defined a light-year as the distance travelled by light in a vacuum using the Julian calendar as the reference for time. The Julian year is not similar to the Gregorian year we are used to and the IAU published the constants that accompany these. The unit of light-year is the official galactic scale, though some publications and astrometry still prefer the use of parsec.

The use of light-years can also be simplified by using the prefixes kilo-, mega- and giga- to signify very large distance values. This unit of measurement represents the distance between the observer and the celestial body or between one celestial bodies to another celestial body located in the same star system.

Comments - No Responses to “Light Year”