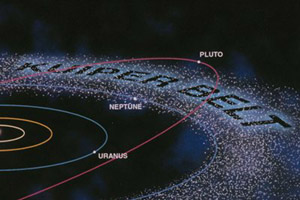 Since the discovery of Pluto in 1930, many have speculated that the dwarf planet might not be alone. The region in the Solar System which is now called the Kuiper belt had been hypothesized variedly for decades but it was only in 1992 that direct evidence of its existence was found for the first time.

It is sometimes called the Edgeworth-Kuiper belt, crediting Kenneth Edgeworth who hypothesized that the outer region of our Solar System, beyond the orbit of Neptune, has a widely spaced primordial solar nebula which couldn’t allow for condensation into planets but much smaller bodies. 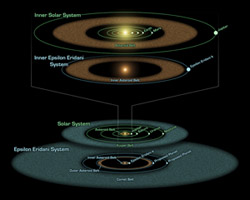 Gerard Kuiper speculated on a similar region that existed during the same time. Many scientists had speculated on the Kuiper belt, however, there is still uncertainty regarding who deserves to credit for the finding.

The Kuiper belt, similar to an asteroid belt but far larger, extends from beyond the orbit of Neptune, as Kenneth Edgeworth first observed. It consists primarily of small bodies which are remnants of the Solar System’s formation. Frozen volatiles or “ices” such as water, ammonia and methane are what comprise the Kuiper belt, and the largest of these are Pluto, Makemake, and Haumea. 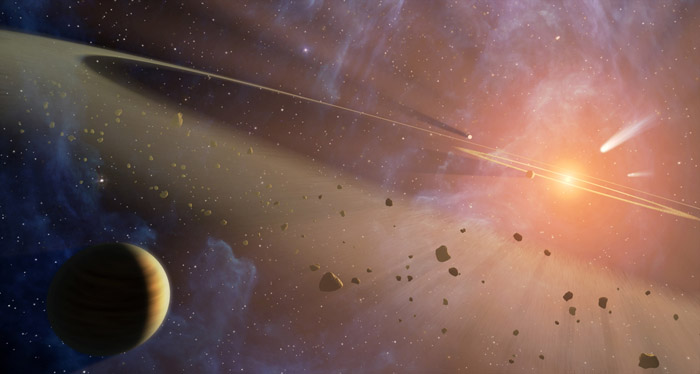