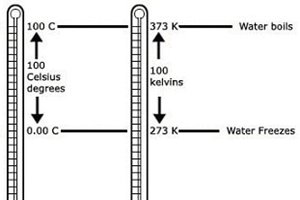 Ever heard of the refrigerator manufacturer Kelvinator? Ever wondered why it was named so? It’s because of the unit of thermodynamic temperature called the Kelvin. Unless you’re a science major or have eidetic memory and remember everything you’ve been taught in school, you may only be familiar with Celsius and Fahrenheit. But the Kelvin is one of the base units of temperature in the International System of Units (SI), also often used in measuring light sources’ color temperature and as an indicator of noise temperature.

The Kelvin is named after Belfast-born physicist and engineer Lord Kelvin (William Thomson) who wrote in 1848 of the need for a scale that had absolute zero (“infinite cold”) as its null point although with the degree Celsius as its unit increment. Thomson calculated that null point to be -273 degrees Celsius and the Kelvin scale’s absolute zero is now known precisely as -273.15 degrees Celsius. When referring to the unit Kelvin, it is spelled all lowercase except of course if used as the first sentence word; when referring to the Kelvin scale, however, “Kelvin”, normally a noun, becomes an adjective modifying “scale” and so its first letter is capitalized. Its symbol is a roman and non-italic capital K.