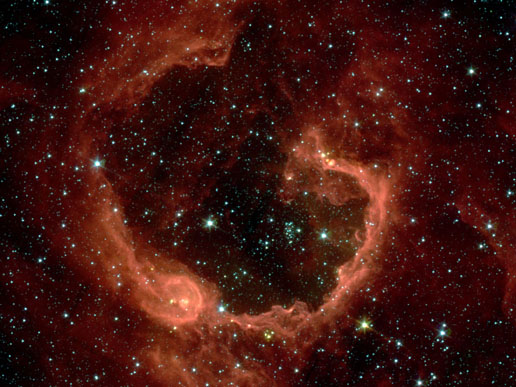 There are three states of matter we are familiar with: solid, liquid, and gas. We don?t even need to define them anymore; their names are their definitions. But there?s the fourth state of matter which many aren?t too knowledgeable about (some may not even know there?s such a thing). It?s called plasma or ionized gas.

Not many know that it?s not just plasma TVs and plasma balls in museums which have ionized gas or plasma. When gas is ionized it specifically means gas electrons have been charged enough to let them escape atoms or molecules (positive ionization). When this happens there is always a visual manifestation no matter how slight, and they usually are spectacular to behold.

Take, for example, the inside of fluorescent lamps and neon signs, lightning, St. Elmo?s fire, and the auroras. A lot in outer space are made of plasma?the Sun, stars and solar wind, the space between stars, planets and galaxies, and nebulas. In fact it is plasma which is the most common state of matter in outer space, which only makes sense because if the stars and the space between almost everything in the universe is plasma, then that is indeed a lot of ionized gas.