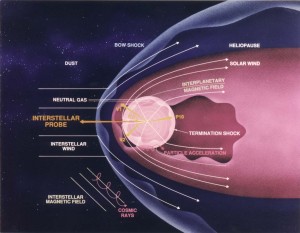 Interstellar is attached to many other words, like the terms intergalactic and interplanetary. It literally means between or among stars, and is defined as an adjective in the English language. The term can also pertain to space clouds, matter in outer space or a specific study in astronomy.

Interstellar cloud is a generic name for a clump of gas, plasma, or dust found or discovered in galaxies or other planetary systems. Depending on its size, density or physical characteristics, hydrogen levels in the clump varies. Studying these types of matter is done through the use of electromagnetic waves.

In studies, the term interstellar mediums are matter that is present in the spaces between planetary systems in a particular galaxy. It can include the phases of gas, either in ionic, molecular or atomic form, space dust and cosmic rays.

Like mediums, interstellar matter are objects present between systems in a certain galaxy. It includes gases, rocks, or dust scattered by different phenomenon happening in the universe.

Last but not least is interstellar astronomy, where it is a certain branch in astronomy that aims to study the different particles present in space and their chemical compositions. It also focuses on the said mediums present in outer space.

Comments - No Responses to “Interstellar”