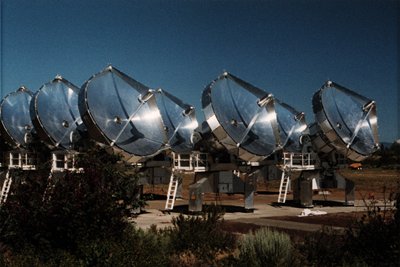 An astronomical interferometer is a means used by most astronomers to detect radio, sound or light waves in space or also in earth as well. It is usually an array or cluster or a group of radio antennas or satellite dishes located and placed in a specific area of land to detect and intercept any radio signals from places, whether it is outside the planet or also within the planet.

This kind of interferometer can be compared to a single telescope with an incomplete aperture or light receiving portion, with the size equal to the maximum spacing between the components of the said telescope. The modified part of the interferometer?s opening is limited, and is aided by the earth?s rotation which makes it move effectively and smoothly, and is also known as the earth rotation aperture synthesis. The synthesized aperture is the one that dictates the beam size of the satellites. The larger the aperture is, the smaller the resolution or beam size of the array.

These operate in wavelengths that fall within radio waves capacity and primarily used for broadband observation purposes. Some of these interferometers are located in New Mexico called the VLA or Very Large Array; the MERLIN have antennas spread across the UK; and the Australia Telescope Compact Array or ATCA for short.

Comments - No Responses to “Interferometer”