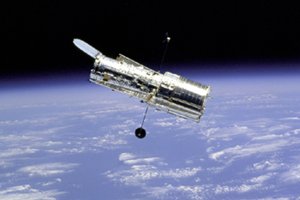 The Hubble Space Telescope (HST) is considered to be the greatest space equipment ever to have been made. This special telescope gets its name from noted astronomer Edwin Hubble.

Funding for the Hubble Telescope came during the 1970’s; however, it was not launched until 1990. It is a space telescope that floats hundreds of miles above Earth. For more than two decodes, the Hubble Space Telescope has been producing extremely vivid images from space.

The Hubble Telescope has provided us with amazing vantage points into the mysteries of our universe. It has given space scientists vivid photos of rare comet strikes on the surface of the planet Jupiter back in 1994. This one of the kind telescope has also given man a glimpse of what really happens during the birth of stars or how Black Holes are formed.

Because of the Hubble, mankind is able to see the furthest images ever obtained. The data that the Hubble Telescope is about to provide, makes it possible for space scientists to formulate answers about the mysteries surrounding the formation of the entire universe, and life itself.