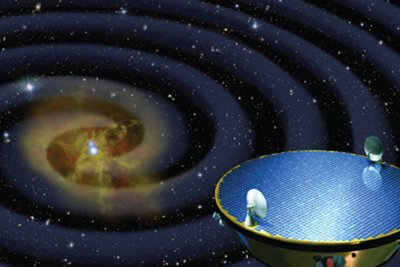 However, like waves in the water, they decrease in strength as they go farther away from the source. Scientists use various instruments to detect them from the Earth. Gravitational waves have never actually been detected ?directly?, but were rather ?indirectly? shown to exist.

The phenomenon of gravitational waves is predicted by Albert Einstein in 1916 basing on his theory of general relativity, where an object can cause fluctuations in a gravitational field.

Comments - No Responses to “Gravitational Waves”