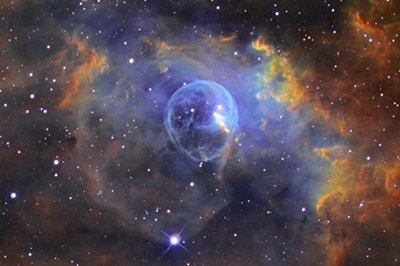 If a star formation is occurring within, a Giant Molecular Cloud is also called a stellar nursery. Yes, this is where stars and suns are born. They also look like dark clouds of dust and gas, because they do not give off their own light and thus quite hard to detect. Giant Molecular Clouds are very cold, with temperatures from about 253 to -233 degrees Celsius (-450 to -380 degrees Fahrenheit or 10 to 50 degrees Kelvin).

Giant molecular clouds have a lifespan of about 10 to 100 million years before they disperse, because of the heat and stellar winds caused by the star formations within them. Our own Milky Way, contains about 2,000 Giant Molecular Clouds, plus other numerous smaller clouds.